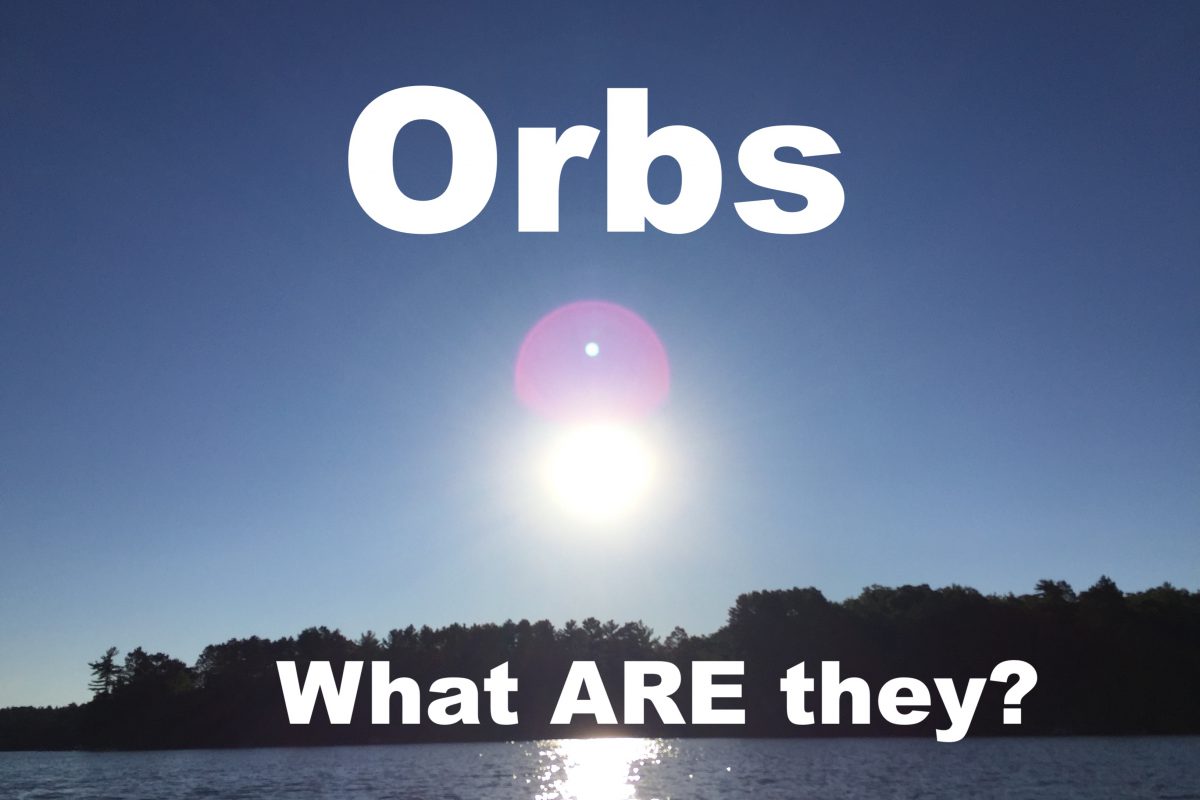 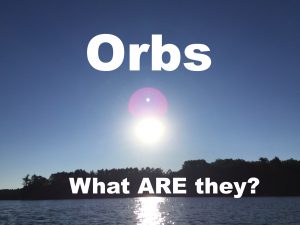 Isn’t this photo just exquisite? Marj was out in her kayak on Bass Lake near Eagle River, Wisconsin at sunrise just a few days ago. She was surrounded by a beautiful scene of course, but she took more of the scene to be sure that she got a good picture of the sunrise reflecting on the water.  When she got back to the cabin, she was stunned to find these amazing orbs  showed up in her pictures!   I think you will find it interesting that while the pictures are similar and taken within moments of each other, the orb is moving as time proceeds! 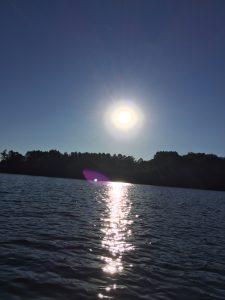 Sometimes we just take in the awe  and realize we are in a beautiful world with many unbelievable surprises. But, it was fun for me when Marj sent the photo with the question, is this an orb??? Of course the reality is that I said YES, absolutely! I’ve learned to use the term orb by finding similar images in my own photos over many years now. I was always fascinated and so  I began to ask questions from my inner self during meditation. I was asking…

Are these  images that our inner LIGHT helps us to see? Is it a light being from the spirit world? 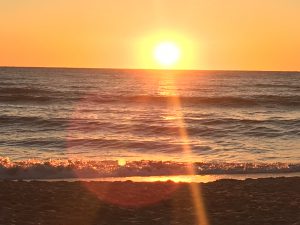 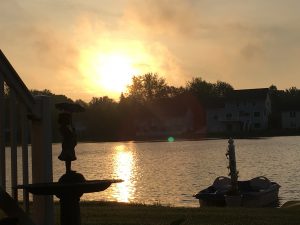 That is when I began seeing them during sunrise across my lake. And YES, I found that they moved as well over a span of only less than a minute. And then I began seeing orbs during sunset over Lake Michigan while we were camping. I saw a very large purple orb like Marj’s in Florida during sunset in a video I took. The orb was following along by a little girl skipping in the sand, not at ALL stationary!   Then I saw them in the amazing LIGHT streaming through the trees one early morning in a campground. You’ve SEEN that photo a number of times.  I began using it all the time for Light GAP posts and in my Reconnective Healing Practice when I communicated with clients over the email. 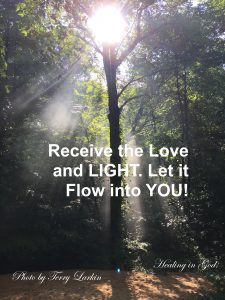 I began learning from other spiritually driven people whom I have read and met. People and scientists have been studying orbs since the early 1800’s! Dr. Wayne Dyer talked about them and showed pictures during lectures and talks when an orb showed up above him in people’s pictures. I had the experience of hearing about Orbs during several IANDS presentations at the International Association on Near Death Studies in both Seattle and Philadelphia. Dr. Eben Alexander, NDE Neuroscientist writing in his 3 books about his own NDE as well as about living in conscious awareness of our multidimensional universe. He, along with partner, Karen Newell started doing research on orbs in the last ten years. They speak about their experiences. What I found fascinating and new to me, was their ability to see and record orbs without any sun present, but in the total dark with only the stars and moon to light the way!

I have studied and read Dr. Norm Shealy’s work at the Shealy Institute along with Carolyn Myss, who worked with him for over 20 years. Due to his own powerful experiences, Dr. Shealy chose to freely write about orbs and people began to realize the spiritual connection. He stated, “Orbs may be to the atmosphere what crop circles are to the earth. Having seen orbs and had them photographed while I was speaking, it is great to know that we are receiving cosmic energetic communication.”

I began to wonder if people have only been seeing orbs since the dawn of cameras and printed images? There is documentation of spherical objects called orbs in many ancient drawings and writings.  During early times, science wasn’t as afraid to research such spiritual matters because these phenomena were part of LIFE. It wasn’t until science and spirituality SPLIT up in our history that these ideas became thought of as…way out there! Religious institutions also came down hard on people having such discussions! But, all of this research is now resurfacing once again!

So, why do we see them mostly during sunrises and sunsets? Scientists tell us that the earth’s atmosphere is thinnest during this time and ancient meditators recommended people be up before the sun to be able to experience the most powerful spiritual connection as first light appears or disappears at the end of the day! Will we be able to see them with the naked eye at some point? I think I have seen that, but it’s always with this hesitancy I talk about it with other people.

There is a mystery behind orbs for sure, and you’ll have to simply make up your own mind about their meaning for existing in our lives. I know from my NDE, from Marj’s LIGHT Experience, from mediums that communicate with people in spirit , and from countless NDE stories that share with us…

As I left my body and emerged into the AMAZING luminescent white light, there were beings of LIGHT all around me, all in incredible colors! It is through our connection to our light that we know things beyond what the visible world can tell us. We are born from light. Children often remember and tell stories of light and their memories of heaven. We also know that angels, spirits and guides are always around us. You can look up orbs on the internet and find every kind of photo you can imagine in all colors! Here are some questions for all of us to ponder:

As a human species are we awakening to the world of spirit?

When our mind expands into understanding that the spirit world is right near us help create the human capacity to interact and perhaps see them at times?

As a human species we are awakening or should I say RECONNECTING to the truth of who we really are?

Are YOU seeing such orbs in YOUR pictures? Do you pay attention to them?

Do we close pathways of belief because our human brain can’t compute the concept?

“There is no doubt in my mind that the orbs may well be one of the most significant ‘outside of this reality’ phenomena mankind has ever witnessed.” Krause Heinemann Ph. D. in Experimental Physics for NASA.

He and his wife conducted numerous experiments with orbs to rule out any doubt. He believed he witnessed some form of paranormal intelligence. 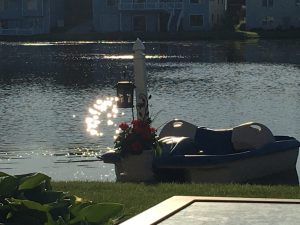 It is through the connection in this light that we can often see, feel, or experience things beyond what our limited physical human view says is possible? Perhaps you have seen orbs in YOUR photos.  I often find them during my meditation times.

This is a photo this week from my back patio at sunrise. What you see is our ordinary paddle boat, but NEXT to the post where we tie up the boat, what do you see? What do you think? Are these sun spots or are they orbs…a group of them?! For me they seemed to jump OUT of the water…and were in view very different from the sparkles in the water.

I hope you realize that when you see these images on our email post, simply click on them and you can see ANY of them in larger format! I especially encourage you to open Marj’s beautiful orbs from her lake…so incredible! Most of the time we see a small white dot in the middle of orbs, but I have no idea WHY? What are YOUR thoughts?