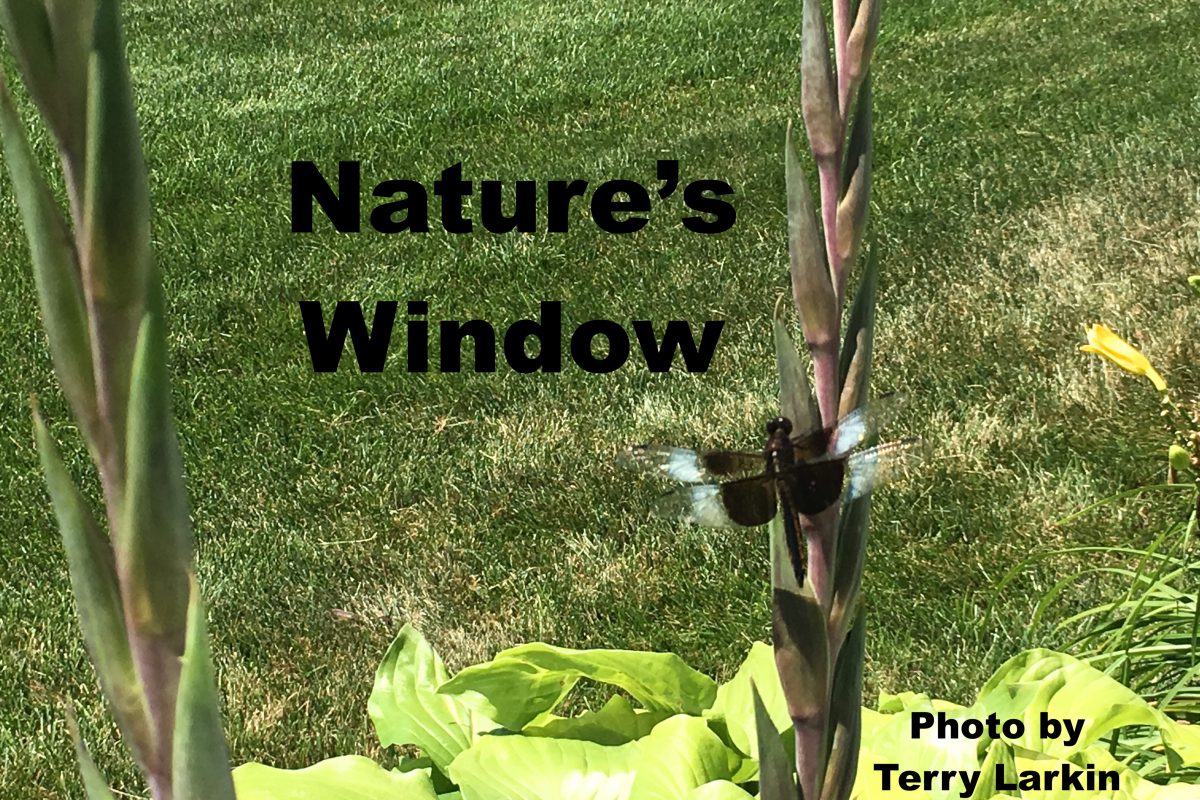 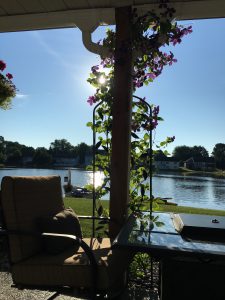 I live on a very small lake and it was SO  beautiful to be back home, sitting outside on our patio doing my morning meditation at sunrise on Monday. I have a morning routine of drinking my celery juice, yoga, stretching and breathing exercises before I meditate and finally have my coffee. As I was meditating I was asking who in my spirit world was with me. My NDE and subsequent awakening helped me open this door awhile back, and I knew there was a presence. But Reconnective Healing has opened an even WIDER door.

I was outside. I was “bothered” by this insect flying around me and I kept shooing it away without looking because my eyes were closed. BUT, it was very persistent. I finally realized it was landing on me and it had two beautiful black wings and an orange dot on its head. I’ve NEVER seen one like it. It was tiny and totally beautiful!  I tried to go back to meditation, but it kept landing on me. I finally let it stay and studied it…but never got a picture.  I was fascinated but clueless as to what it was. And yet, I had just asked who was in my spirit world. But, it seemed to be drawing me out into the lake to look. OK…really?

I took my coffee out and was watching the lake and realized there were tiny insects all over! They were flitting in and out along with two larger dragon flies. These tiny little baby flying creatures were baby dragon flies! It was an amazing site as I sat mesmerized instead of grabbing my phone to take a picture! It was a powerful moment and my body had that surge of energy that is significant. 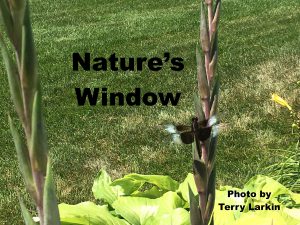 No thoughts joined yet about that little guy landing on me. BUT…then I went out to water my garden plants. The whole time out enjoying my watering meditation, this beautiful black and white dragon fly stayed by me and moved as I went from plant to plant. Message received…now to take it in. I went to the internet and looked it up. The spiritual meaning of dragonfly is transformation. It is usually a symbol of light and changes that may happen in your life. It is symbolic of something big unfolding in your personal journey. I’ve had many interactions with wildlife since my NDE that I know have been significant. But this is NEW…a happening on Monday, July 15, 2019. The frequencies of Reconnective Healing are bringing in something NEW…

I found that the dragon fly that was following me is called simply a Black and White Dragonfly. I searched the internet for Michigan insects, deciding the beautiful insect landing on me was a Damselfly. The picture you see here was the closest I could FIND searching the internet everywhere for species in Michigan! It is called an Ebony Jewelwing in the Odanata family. “Odonata’s include some of the most ancient and beautiful insects that ever roamed earth”, stated one researcher.  But I could NOT find one that had an orange dot on its head like the one landing on me. I’ll keep searching…who knows maybe someday I’ll find the one that was with me that day.

Is there wildlife that has been following YOU around? Sometimes it takes awhile to realize that it is  an angel, spirit guide or presence trying to get your attention. How often do we dismiss it? I almost dismissed a very small insect helping me to get my attention out into the lake where a huge number of small baby dragon flies had just been born! A transformation? A renewal?

For me…it’s WONDER about new things that keep coming into my life! THANK you God for the beautiful view to help each of us awaken into amazing new insights.

Nature is a WINDOW into your soul.

Enjoy this beautiful summer to connect with your soul bringing peace and love along!